Name That Book...Diving into the Stacks 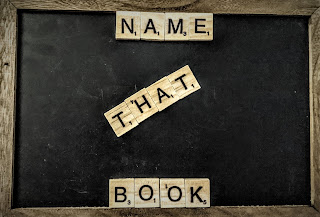 Let’s play a game. For the first half of this post, I will describe details of a particular book about higher education and you will try to guess which one it is.  When you finish reading the list, feel free to skip down to the comments (no peeking!), and call out what book you think I’m referring to or take to Twitter, tag me (@leaton01) using the hashtag #WhatBookIsIt.  Share a link if you thought it was a good book too (we all like recommendations, right?).

Let’s begin:
So what book am I talking about?


Given that laundry list of claims from the book, it can be a challenge to pinpoint the exact book, no?  In fact, each of these topics already have several different books on them already so it might be a challenge to nail down the singular book that covers all of these points.  In fact, I chose these points because they resonate so much with books, articles, and discussions about higher education today. However, the book is far from new; it is over 75 years old.

The book in question is Logan Wilson’s The Academic Man: A Study in the Sociology of a Profession.  Of course, the title itself speaks to the time in which it was published (1942).  It certainly wasn’t the first book to invoke men as the default category for scholars (The Social Role of the Man of Knowledge by Florian Znaniecki precedes it by two years), but the title and subsequent writing does at least illustrate that there have been some changes in higher education (though substantial progress can still be made)


I stumbled upon this book while looking up the earliest uses of the phrase, “publish or perish” on Google Ngram. That Wilson uses the phrase and puts it in quotes while referring to it as a “legend” (p. 63), indicates that the anxiety of being productive enough has consumed faculty mental spaces for easily a century.  It’s this fact that makes Wilson’s text such a curious (and troublesome) book to explore. It speaks directly to scholars today about the problems we face and yet, it was written generations ago.

Four lines of thought emerged while reading that made me wonder about what is and has been going on in higher education. The first thought went to the historical context.  Researched towards the end of the Depression and published just after the start of World War II, the book reflects tough times in higher education, before a time when unemployment meant going to college for new professions as happened in the 2009 economic disaster.  It was before the federal investments in research that would occur by the end of the decade and the GI Bill that would generate the mass expansion of higher education in the mid-20th century. So in that regard, mayhaps there are things to learn here about the dark times we seem to be facing now.

These repeated themes from the past could also be a case of a moving target.  Taking mass educational expansion of the 1950s and 1960s into consideration, it could be a problem of scaling in that many of Wilson’s issues only grew bigger and more complicated as higher education became bigger and more interwoven throughout society. The issues that he discussed focus primarily on elite institutions but maybe now, all institutions face these problems. That supposition only works if one accepts that Wilson’s narrow focus on elite institutions genuinely represented higher education, but leaves much to be desired in understanding the intricacies and complications of  other institutions. But were his representation accurate and the target was moving, it might mean we would need to figure out where else the system will be increasingly strained.

One disconcerting thought is that Wilson’s arguments are true and while mass education abated the problem for a while, we are still continuing along some of his more dower trajectories.  Given recent college closings (Hampshire College, Newbury College, Oregon College of Art and Craft, and Green Mountain College), the rise of the adjunct class, and the increasing costs of running an institution, higher education’s continued decline can definitely feel more realistic, regardless of whether it’s true.

A less-desirable final thought is that higher education may be doing just a bit too much navel-gazing. In our quest to find problems to study, scholars have problematized everything.  If Wilson’s problems are legitimate, then we have spent over 70 years not fixing our institutions. If scholars, as the supposedly wisened class in our culture, cannot fix their problems, then what hope does society have for them to properly identify and find solutions for the rest of society.  Thus, our pleas to continue or even increase investment in higher education might feel disingenuous or a case of Chicken Little at best and possibly insidious and exploitative at worse.

I don’t necessarily buy any of these thoughts but they are what popped up in my head while reading. And I do think they warrant a discussion if only so that we can hope a Wilson-like contemporary is not penning another book (or maybe TED Talk) that someone else will dig up in 70 years and say “Well, these are still the problems we have today.”

I am hoping to make this a series, where I hope to introduce or re-introduce readers to old and possibly forgotten books about academia.  We’ll peel back the dusty (or digital) covers and see what these books have to offer us in terms of how similar and different yesteryear’s higher education institutions were to today.  Our academic ancestors may have lived in different times with different tools but there are inevitably some curious things to discover and appreciate from them. Let’s dive into the stacks!