Showing posts from April, 2013
Show all

What Social Media Has Taught Me About Sensitivity and Respect 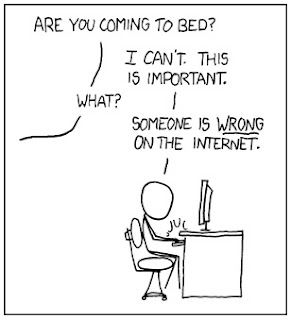 Following up on my post about the Boston Marathon bombing and even other posts where I discuss my positive experience with social media, I have been thinking about the fact that social media has made me more sensitive and reflective.  So often I hear people discuss social media as a dehumanizing and vampiric tool on human sensitivity and respect.  The anonymity and distance from one another allows us to be mean without consideration of the impact.  Just do a quick Google search on the latest obnoxious, racist, sexist, and mean things flowing out of the internet and this justifies as proof-positive that the internet is a cesspool of despicable peoples.    At least that's how the argument goes.

But I find it's quite different for me.  I'm increasingly sensitive to what I'm saying, posting, commenting upon, and interacting with online.  That's not to say I'm censoring what I say or refraining from speaking, but I'm more deliberate in what I have to say and I&#…
Post a Comment
Read more

So I returned to this blog in full force just over a year ago when I renamed the blog and started to write regularly.  In June of last year, I hit my 100th post in total on the blog.  And today, I'm writing about my 200th post, which means I'm averaging about 2 blog posts per week, give or take.  Thus, I've been blogging strong and am starting to see the uptick in traffic that many bloggers talk about in the first year.  I'm not seeing crazy numbers but a few thousand each month--which is better than the scores I saw at this time last year.

In looking at the past year, it's clear that I've found some niches that seem to work for me.  That I blog about my running antics is amusing as I would have thought as a writer, I would never be a runner but learned that being a runner has helped me to be a better writer.  As I've crossed the half-way point with my current Master's Degree (Education, Instructional Design) coupled with my current position, I'm cl…
Post a Comment
Read more

So in my last post, I explored some ways to save time that address the daily routines of life.  In this post, I'm going to look at other facets of life where I have re-oriented time to work for me.

I've talked about them before, but it needs to be reiterated.  Audiobooks are singularly an excellent means of reclaiming time.  This works on two levels.  The first is clearly that one is getting to read books, he or she wouldn't have otherwise been able to while engaged in sometime (e.g. chores).  Second, it exposes one to a potential wealth of knowledge that a person can use to inform one's life.  Many of the changes I have made to save time have been gleaned from the learning I experienced while listening to audiobooks and doing other things (commuting, chores, running errands).  While it can take some time to figure out what kind of listener you are (that is what genres, types of narrators, and what environments work best for you), it can open up much more opportunity t…
Post a Comment
Read more 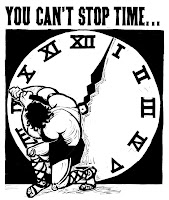 In conversations regularly, I get asked a lot about how I manage to do all that I do.  Within an hour of one friend asking me about how I do this, another friend posted a great blog entry about how she's renegotiating time with her child.  Thus, I figured I would also add my own experience to the mix.  For instance on my docket right now is the following:
Working full time.Teaching part time.Writing for several (paying publications).Writing for my nonpaying opportunities such as this blog and letters to the editor.Gardening.Training for a marathon.Working on another Master's Degree (full time in the last year at least).Reading 365 books this year(currently at 117 at the time of this writing).  Research, presenting and consulting on social media.And of course, caring for two awesome cats.  And as I wrote the above list, it did feel like a lot (and I would imagine I am missing some things).  I do this largely while still being able to regularly get at least 7 hours of sleep on mo…
Post a Comment
Read more

Observations of a Tragedy In the Making

So just over an hour ago the reports came in about the explosionsat the Finish Line of the Boston Marathon.  A shocking thing for many people on many levels.  At this writing, three are reported dead and around two dozen injured.  Additional incendiary devices are being reportedly found.  It is a sad thing to witness.  It strikes close to home on two counts.  I live 20 miles north of Boston and I do hope to some day run a big marathon (and am training for a marathon this year).  But I am safe—as are the vast majority of those who attended and participated in the event. That is relieving but for the fact that in the ensuing weeks, we will be reminded time and time again of how it could have been us in some way, shape, or form.

My first response was the following which I posted on my Facebook and Twitter:  “so there has clearly been a tragedy at the Boston Marathon. Yes, check on your friends and loved ones to make sure they are ok. But do yourself and everyone a favor, step away from th…
Post a Comment
Read more 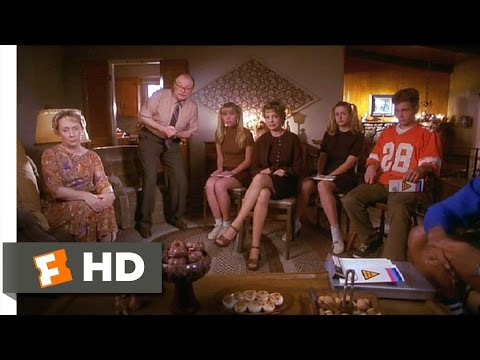 Maybe it's the weather...maybe it's the Supreme Court...or maybe because it's been on my mind of late what with this letter to the editor and this calling out of a sexist meme.  Yes, it's probably the last two and in general, I regularly have gender, sex, and sexuality on the brain and thus, am inclined to write about this.

So I'm just going to throw it out there.  I'm quite challenged when I hear people accuse others of being gay or being closeted.  It's something I have been witness to at least half a dozen times in the last year.  And it does often come as an accusation of being gay, in the closet, or so repressed, that the (accused) person just doesn't know it.  All of these conversation I have experienced happen not in front of the accused but in conversations to which they are not privy.

When pursued with questioning about why the accusation has been made, no answer involves, "Well, I saw him making out with another male."  (Though that …
Post a Comment
Read more

Yes--That's Sexist and Yes, I Have to Call You on It 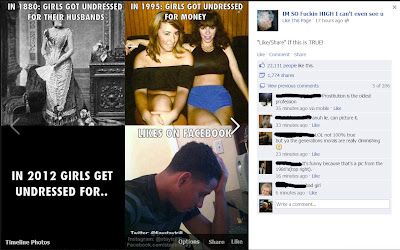 So right on the heels of my Letter to the Editor, I also have this to say (though, I wrote this before the letter to the editor came out and had to reschedule its release here).

I have a rather undeveloped policy about how I deal with things I take issue with on Facebook or other social media in which I am connected to people.  What little I understand of it though is that it starts with the assumption that if a person has chosen to virtually connect with me, then they have chosen to accept the fact that I am an active user of social media who seeks out conversation and meaning.  By accepting or requesting and continuing said connection, they recognize that I'm likely to engage with those things that grab my attention and to which I have some knowledge and/or stake in the conversation (and granted sometimes I have too much of latter without enough of the former--but that's a post for another time).

So when someone I'm connected with on Facebook, posted the following.  It cer…
2 comments
Read more

This letter to the editor was motivated by the Salem News' column by Brian Watson's Ohio rape case indicts social media.  A technopanic shift in the conversation away from the actual criminals to blaming the technology.

"Brian Watson’s exploration of the Steubenville rape case (“Ohio rape case indicts social media,” March 28) is riddled with problems. Never mind he cannot bring himself to say the teens raped the young victim (their “crime was to sexually molest”), he described it as merely “wrongful behavior” and that the use of social media “compound(ed) the damage” like this was a mere car accident. The passivity he assigns to the perpetrators speaks volumes: “a video of the incident was uploaded” and 'the two young perpetrators were influenced and encouraged.'"

For the full letter, check out the Salem News.


Did you enjoy this read? Let me know your thoughts down below or feel free to browse around and check out some of my other posts!. You might also want…
Post a Comment
Read more

Another month and another set of books devoured.  You can find the full listing with additional information in my GoodReads shelf(and I just found out Goodreads was bought by Amazon...oy!)or just take a gander at the bottom of this post.  That's 98 books for the year. I completed 4 physical books which tells me I still need to work on that and I'm not sure that will happen between now and May given my schedule and different demands, but we'll see.  Of the 32 books, 19 were graphic novels which is by far by worse month in terms of total reading.


My listening was lower than usual since I tackled two rather large books.  The Black Swan and Thinking Fast and Slow were cumulatively about 36 hours of listening which is a whole lot of listening but also highlights the nature of listening vs reading.  I listened to both books entirely, whereas if I were reading them there is likely passages I would have skimmed.  And there were definitely passages worth skimming.