Reality & Continuity, Or Why 9/11 Reveals Some Insights About Live-Action Superheroes

By Lance Eaton - January 24, 2017
The following is an except of a blog post, I wrote for Jeremy Flagg's blog in celebration of his upcoming superhero novel, Nighthawks. 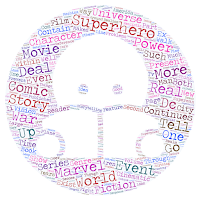 Superheroes aren’t real. (Gasp, I think one may have just died because I said that). They aren’t, but the rise of realism in comic storytelling that emerged in the second half of the 20th century, means that readers demand realistic elements to the storytelling. Even though our capes are walking deus-ex-machinas, we prefer the veneer that all things are genuine struggles for them. But surprisingly, superheroes do have limits. They are not perfect. Because for all that the superheores can do in their fictional realms, they cannot leap from the page and be a part of this world. However, they can appear increasingly life-like through good and sustained storytelling.

A good measure to think about superheroes is to consider how they operate in response to the world around us? How do they deal with real tragedies such as 9/11 and other tragic events wherein they are specifically designed to protect us from? Herein, I will explore how both DC and Marvel have grappled with that idea and the implications it has had for their cinematic and television universes.

I turn to Peter Coogan and his seminal book on the superhero as a genre (https://www.goodreads.com/book/show/222322.Superhero) to highlight the power of the genre over others and how it may operate or deal with the real world.

“Real events from the past are worked in…Likely it will become more prominent as creators are freed from the burden of timeless continuity and are able to present stories that deal with the passage of time in more flexible ways….The superhero has a unique signifying function. It can be used to express ideas that other genres cannot portray as well. Superheroes embody a vision of the use of power unique to America.

Superheroes enforce their own visions of right and wrong on others, and they possess overwhelming power, especially in relation to ordinary crooks. They can project power without danger to themselves, and they can effortlessly solve problems that ordinary authorities cannot handle. This vision of power fits quite well with the position America finds itself in after the Cold War. America is the only superpower in the world, something like Superman in the days before other superheroes and supervillains.”

For the rest, visit Jeremy's blog and check out some of his other great content!