Short Story #42: The Game of Rat and Dragon by Cordwainer Smith

Title:  The Game of Rat and Dragon 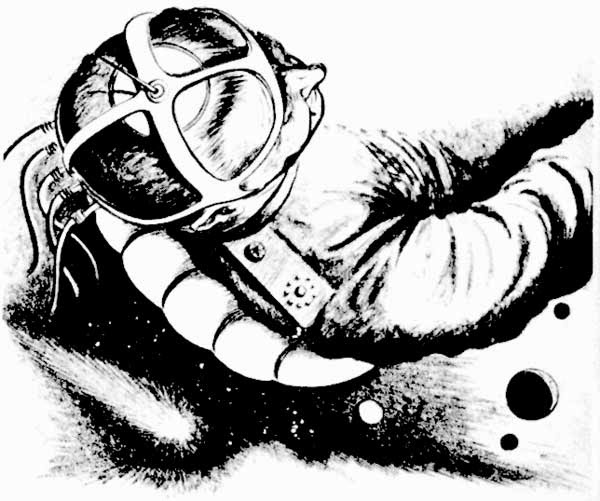 Date Read:  2/7/2014
Source:  Cats in Space and Other Spaces, edited by Bill Fawcett, Baen Books, 1992.  You can find the full text of this story on Project Gutenberg.  Here is a narration of the story on Youtube.

Underhill is a pinlighter.  He along with others work on spaceships to help navigate them through hyperspace by means of telepathy and pairing with equally powerful and instinctive cats.  In traveling through space there are these entities (known as dragons to humans) that hunt down such fast-moving vehicles and destroys them.  The pinlighter with a chosen partner needs to blast the creature with light at the precise moment.  The game takes places in the time of milliseconds and can be deadly to both human and cat.  As the story starts, Underhill is slightly frustrated in the lack of respect he and his kind get for what they do which is save the everyone on the ship time and again at reasonable cost to their own health (recovery can take months).  We meet other pinlighters who have their quirks and their preferences for different partners.  Father Moontree is the oldest among them while West is the youngest among them but gets along with all the partners.  Underhill is suited up for another mission and paired with Lady May, whom he rather enjoys as a partner.  The two got to the fight room and begin to engage the enemy.  The battle is challenging and this dragon (or rat as it appears to the partners) is more vicious than anticipated.  During the battle, the dragon actually touches Underhill which usually results in near instance insanity but Underhill remains unscathed.  In the final moments of the story, feeling thankful about Lady May's abilities and overall majestic nature, he contemplates if he will ever find a woman like that.

As the opening story for this anthology, it's well placed.  Smith provides a rich and complex world as well as a system of travel that is albeit quirky, fascinating.  It also is curious to see how he pairs the humans and cats together; showing the restructuring and labeling that occurs.  They can no longer be referred to as (merely) cats but are something more.  Their reflexes and alertness are used to save humans time and again against the psychic dragons.  As revisited this story to write about it, the ending had me a little more dubious about what happened.  Initially, I read it that Underhill was quite thankful and enamored of Lady May or the qualities she inhabits and wishes he could find a human partner along those lines.  Yet, when I look at it again, I wonder if this is hinting at Underhill's slow descent into madness.