Giving Thanks and Being Fabulous

By Lance Eaton - November 28, 2013
I wouldn't say that I'm in the habit of giving thanks on this blog, but I do often try to acknowledge thanks where appropriate.  Last year, around Thanksgiving, I wrote a post on giving thanks and since then, I've written two other public thank you notes.  One was a letter to the editor and the  other was a dedication on this blog of people who have been so helpful in getting me to finish my first marathon.

Whenever people ask the obligatory question, "How are you?"  I often answer with a "Fantastic!" or "Fabulous!"  That isn't just the automatic response that we all have to the question that nearly everyone asks but no one actually thinks about or even considers before answering and asking in return.  (How many times have you witnessed this circulate conversation?  Person 1:  "Hi, how are you?"  Person 2: "I'm fine.  How are you?"  Person 1:  "I'm good.  How are you?").  When I say "fabulous," I genuinely feel it and I feel it because I am thankful. 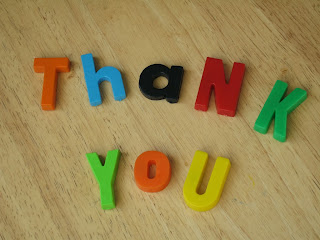 So what am I so thankful about that I can so easily and so often answer the question with such exuberance?  The basic answer is EVERYTHING.  But clearly, that needs some unpacking.  If we look at the world, it is an extremely random and chaotic place.  Never mind, that over 7 billion individual human agents are interacting among one another with exponential random results.  There are myriads more germs and other micro-organisms also travelling from human to human, animal to human, etc.  That is coupled with living on giant (and no so giant) land masses that float on plates that regularly knock into one another.  And I won't even mention weather and climate (except that I just did).  Then we throw into the mix all the ways in which modern society has created further hazards for humankind such as war, environmental degradation, and unexpected negative byproducts of "human progress" (e.g. the Fukushima Daiichi Nuclear Power Plant and Great Pacific garbage patch).  None of this even touches upon the fact that we're essentially on a giant spaceship with a limited shield hurtling itself through space in a giant circle around a massive heating station always subject to whatever objects are hurtling through space in our direction.  All of this is to say, existence is extremely unstable.

Now, that seems to paint an awfully dark picture.  One would think amidst all this chaos, there is little to be so thankful for, but I would argue that this is a misapplication of the frame.  People view the myopic picture above and say, how can there be anything to be fabulous about?  I would flip that question and say, despite the reality of the things mentioned above, we are still a world full of people wherein the vast majority do the right thing more often than not. That is to say that things go right far more often than they go wrong.


The challenge is in recognizing all of the things that go right.

Here's a good example.  You are reading this post right now and if you've made it this far in the post, that probably means you're somewhat interested and are being provided with something that's engaging.  But can you name the millions of things that had to go right in order for this asynchronous exchange to happen?  Let's look at just 3 elements within this communication: me, you, and the blog.

And that's the piece that many of us don't see.  We are more aware of bad things happening because of their rarity in our lives.  The fact is, that if you are waking up in a bed, are fairly certain where your next meals are coming from, and capable of reading this blog, you are far ahead of the game.  Your life in totality is good.  That's not to say that bad things won't happen and that real serious bad things shouldn't be acknowledged.  But to only acknowledge the bad and never take time to recognize all of the things that went right, is to wrongly stack the deck.

Something as simply as arriving to work carries with it a range of things to be thankful for.  First is that you arrived safely.  Consider all the things that could have gone wrong from slipping on ice on the walkway to your car malfunctioning to being hit by other drives to being mugged or suffering an illness on the way to work.  But no--you arrived safely and soundly.  There is the fact that you are employed and have a means of income.  That someone values you enough to pay you to do something.  (I recognize this is a harder nut to swallow but given competition for jobs and resources--there are after all amply people qualified to do any job that you are doing--regardless of whether you dislike your job or believe you are underpaid, you are being trusted and paid for services you are providing; not everyone is so lucky).

I do my best to stack the deck rightly so and acknowledge as much of the good in my life as possible but also recognizing that I'm probably only seeing a fraction of it all.  In that, I mean I recognize that for everyone 1 thing I can tangible recognize as going well for me, there are probably at least 5 things that went well that I didn't know about directly.  In truth, it is impossible for us to be fully aware of all the things that go right in a given moment, hour, day, etc.  There are just too many different things to account for.  Look at driving:  Each car is composed of hundreds of moving and interacting parts that allow you to drive.  Multiply this by the amount of cars on the road.  Throw in the road infrastructure (roads, signage, lights, guard rails, etc) and random pedestrians, cyclists, animals, etc.  It's nearly impossible to comprehend all the things going right and that's just driving.  What about when we sit in our homes or work-spaces?  But all of it goes well 99.999% of the time.  Yes, that's a statistic that I just made up but I wonder if it's not far off the mark when we consider all the factors surrounding us that could do us harm.

Which brings me back to why I feel fabulous so often.  There's much to be feel fabulous about.  So many things in our lives, goes extremely right and for me to be anything less than fabulous undervalues all those things that goes right and I don't want to do that.  Because in valuing all those things that go right--in being thankful to those myriad positives, it makes the negatives much less potent.

However, in the last few months, I been trying to take that thankfulness to a new level.  First, my partner and I introduced a new idea into our relationship.  Before bedtime each night, we share about what we're grateful about.   It's big and small things.  Sometimes, there are clearly important things to be grateful for.  Yet other things regularly make the nightly list (my kitties and partner being regularly acknowledgments). People who say their prayers at night are not new to this idea but one does not need to be religious to be thankful for the many good and great things that we have to be thankful.

But again, I find myself wanting to take this idea of thankfulness one step further.  In August, I had the pleasure of hearing Carrie Stack, from the Say Yes Institute speak at an event at North Shore Community College.  One thing she emphasized that has stuck with me is to reach out and to say thanks to people for the things they do and be willing to go the extra step to make that thanks public.  That is, make you publicly acknowledge when someone has done you a good service and especially, if it relates to someone else's work--be sure to not only let that person know but their employers.  As Stack emphasized in her presentation, giving such public thanks goes far for you, for the person you are thanking and equally important, for others who may be present.  We have plenty of examples of people griping and complaining, but maybe what we need is more examples of people saying thank you to people.

So what are you thankful for?

About 2 hours after finishing the post, this TED Talk showed up on my newsfeed and I feel in many ways, it sums up my experience.

David Steindl-Rast: Want to be happy? Be grateful