Favorite Freebies on Amazon Part 1 of 2

By Lance Eaton - June 28, 2013
So I have never bought the Amazon Kindle.  When it first came out, I was curious but dubious.  And I never found a full need for it in my life (this coming from someone trying to read 365 books this year).  However, when Amazon released the Kindle as an App for use on smartphones, tablets and even computers, I found myself signing up for it and beginning my journey down ebooks.  In the interim, I've bought over 850 ebooks on Amazon, but I have spent a total of $0.00.  You read that right.  I spent nothing, but now I have some 850+ books in my Kindle app (Note:  When I started this blog post, I had about 800 but over the course of researching, I added 50 more books).


Tips and Tricks to Searching Amazon 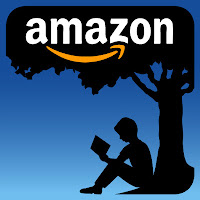 So how do you find these awesome books.  The simplest way is to go to Amazon itself.  Type an author into the search engine.  On the search results page, click "Books" (or "Kindle Store" if it shows up--it doesn't always depending on your search).  On the right screen, click the drop down menu "Sort By" and select "Price: Low to High."  Depending on the author, particularly if it is contemporary, it is likely to wield poor results.  If it is a work in the public domain, it's much more likely to be found on Amazon  for free.  This means practically all works written before 1923.  From 1923 and beyond, it gets a bit trickier but there are still lots of works to be found.  (A follow up post will show some science-fiction,  fantasy, and horror that is available from after 1923).  You can also search by genre name and title and then sort by low to high.

Customers Who Bought This Item Also Bought.  On most product pages on Amazon, there is a row of icons and products of "Customers Who Bought This Item Also Bought..."  There can be anywhere between 1 to 16 subpages that you can scroll through.  I find this is also a good opportunity to move through related products since in addition to the product item, the price is also posted.

OneHundredFreeBooks.  This is one of the many sites and apps out there that will inform you of the latest free books on Amazon.  I like it because it has a webpage but also updates on its Facebook page several times a day.


Below are listed some of the purchases that I've made over the last 2 years of book-buying on Amazon. I link to the product page but then also when relevant, a listing to the author's works sorted by price from low to high so you can see what else is offered by the author.  As of June 27, 2013, all the links work, but that's the other thing to consider is that some items come and go.  Enjoy and come back (or subscribe via email or RSS) to catch Part 2 of this listing wherein I cover a good amount of classic sci-fi, fantasy, and horror.  The categories below are Classic Literature, Cooking and Homestead, Fairy Tales, and Miscellaneous.

Incidents in the Life of a Slave Girl Written by Herself.
Harriet Ann Jacobs

Maha-bharata The Epic of Ancient India Condensed into English Verse.

The Persian Literature, Comprising The Shah Nameh, The Rubaiyat, The Divan, and The Gulistan, Volume 1.

An Inquiry into the Nature and Causes of the Wealth of Nations.
Adam Smith

A Journey to the Centre of the Earth.
Jules Verne
Jules Verne titles.

The Aeneid of Virgil.
Virgil

Things To Do While Avoiding Things To Do: And 56 More Fun Lists for Procrastinators.
Mark J. Asher

Survival 101: The Essential Guide to Saving Your Own Life in a Disaster.
Marcus Duke

The Wonders of Kale: "Green it Up" with New and Unique Recipes!
Meigyn Gabryelle

Home Vegetable Gardening -a Complete and Practical Guide to the Planting and Care of All Vegetables, Fruits and Berries Worth Growing for Home Use.
F. P. Rockwell

The 30 Minute Wine Expert: Amaze Your Friends with Your Wine Expertise.
Michael Sullivan


So where else do you find free ebooks for the Kindle or elsewhere?